No more articles until 2022 at the earliest, but here are some sources

When I posted an update in August 2020, I said I was taking a break from publishing until 2021 at the earliest. Since then, I’ve been hoping that the UK would get Covid-19 sufficiently under control for it to be safe for me as a clinically vulnerable person to go out again and interview shopkeepers, visit archives, and gather the data I need to write these articles.

Things seemed to be going in the right direction for a while over the summer of 2021, as public health measures such as masking, distancing, and vaccination brought case numbers down low enough that I was able to visit Croydon Archives a few times. Unfortunately this didn’t last long. Case numbers are very high again, and they don’t show signs of going down any time soon. So I’m shielding again, for now, until the long-term trajectory of all this becomes clearer.

However! In the meantime, I’ve been working on the Sources section of this website, and am pleased to announce two new subsections: Croydon-related wills and the 1800 Croydon Enclosure Map. The first of these contains summaries and transcriptions that I’ve made of various people’s wills, all of them connected to Croydon in some way, from the late 16th century up to the mid-19th. Ever wondered which Croydon butcher might have left his children featherbeds, pewter candlesticks, and a “Close or Feild of grounde called Water Slade scituate lyenge and beinge in the Parrishe of Croydon over againste a certayne Feild or Meade called Parsone Meade”? Now you can find out!

The second new subsection is for those of you who like maps. Parliamentary legislation in the late 18th century led to the creation of a map now most commonly known as the 1800 Croydon Enclosure Map. It covers almost the entirety of the modern London Borough of Croydon and shows field boundaries, roads, commons, buildings, rivers, woods, and much more, often including the names of landowners as well. I’ve very carefully lined it up with a modern street map, and added a slider to let you fade it in and out. Ever wondered why Cherry Orchard Road bends like that? Take a look and see what used to be in the way of it going straight!

I hope you find these sources useful, and I would be more than happy to hear about any ways you think I can improve them. 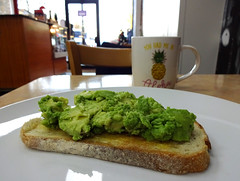