When I made my first survey of central Croydon retail in late 2011, I was very puzzled by the curious numbering of 24–26 London Road.[1] Despite the double number, and the lack of a gap between the building and its neighbours at number 22 and number 28, this is just a single shopfront housing a newsagents and convenience store known as Early Till Late.[2]

c.1899: Construction of the building

Numbers 22 and 24–26 London Road were constructed at the same time, around 1899,[3] replacing a previous building and filling in a gap between Oakfield Terrace (now numbers 28–42 London Road) and the older properties closer to West Croydon Station. They were built to the same height as Oakfield Terrace but in quite a different style, with a decorative curve detail on the roof profile, larger windows on the second floor, and protruding bay windows on the first floor.

22–42 London Road, September 2013. The two buildings constructed around 1900 are on the right; note the architectural differences from the buildings to their left. Photo: author’s own.

A rather peculiar street number

The issue of numbering is even more perplexing given that the whole of London Road was renumbered in 1927. Prior to this date, the property was numbered 8a, which makes sense as it came between numbers 8 and 10. The fact that it and its neighbour were numbered 8 and 8a rather than 8 and 10 also makes sense — these were built as a pair to replace a single older building, and at this point numbers 6 downwards and 10 upwards already existed, so short of renumbering the entire road there was nothing for it but to assign numbers 8 and 8a to the new properties.

However, surely the 1927 renumbering would have been an ideal opportunity to make sure that each property had exactly one street number! Perhaps the new excess of numbers between 22 and 28 was some kind of overreaction to the years where 8 and 8a had to share a number.

In any case, the first occupants of the newly-constructed building were in by 1900, and knew it as 8a London Road. These persons were M Harland, watchmaker and jeweller, and the Misses Kingsland, who ran a servants' registry office and also traded as antiques dealers. I don’t know how the two parties shared the property; street directories simply list them at the same address.[4] As well as arriving together, M Harland and the Misses Kingsland also left together; their last appearance in street directories is in Ward’s 1927.[5]

I’ve mentioned the Misses Kingsland previously; they were the daughters of Mary Ann Kingsland, whose servants’ registry office, dyeing and cleaning agency, and antiques dealership was at 18 London Road (in modern numbering) from around 1869 until her death in 1897. Charlotte Emily and Frances Hannah continued their mother’s business at 18 London Road for a couple of years before moving a few doors along to the property which today is numbered 24–26.

Advertisement for a “Good Parlourmaid” placed by the Misses Kingsland in the Surrey Mirror of 26 June 1900. Note that 8a London Road was renumbered to 24–26 in 1927. Image © The British Library Board. All Rights Reserved. Reproduced with kind permission of The British Newspaper Archive; view the original here (requires subscription).

M Harland, despite the lack of title in Ward’s street directory entries, appears to have also been a “Miss” — she’s given this title in Kelly’s 1927 directory. However, I haven’t been able to find her in the 1901 or 1911 censuses, so I can’t confirm her gender. She may also have been the “Harland, jeweller” listed at 75 London Road[6] in Ward’s directories from 1929 to 1939, but given the lack of initial in Ward’s directories and her absence from phone books,[7] I can’t be sure.

Next to move in to 24–26 London Road — which finally had that numbering by then — was a succession of tailors and outfitters. The first of these was Herbert Clifton, who arrived around 1928. By 1932, he had been replaced by John Maxwell, and by 1934, John Maxwell had been replaced in turn by Burlington Ltd.[8]

I’m unsure how long Burlington remained on London Road. The last documentary evidence of it is in Ward’s 1939 directory, but as comprehensive street directories were no longer published after this edition (aside from a couple in the mid-1950s), it could have been there throughout the 1940s as well.

By 1974, the Cavenddish was selling tobacco and confectionery as well,[10] and from 1978, it was listed in phone books not as a café, but as a “cut-price tobacconists”, though still under the name “Cavendish”.[11] By 1980, Cavendish Tobacconists Ltd had two branches on Church Street as well as their head office on London Road (which had also begun selling newspapers); but by 1984 the London Road property was vacant and the Church Street branches had also vanished from phone books.[12]

Next came another tobacconists/confectioners called Court Park.[13] By around 1989, however, this had become Early Till Late, a full-scale convenience store selling groceries, newspapers, sweets, drinks, snacks, tobacco products, and alcohol.[14] 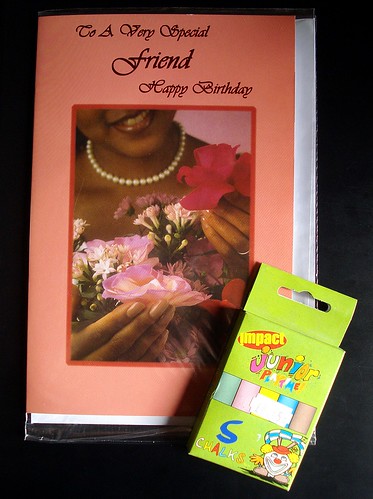 Birthday card and pack of chalks bought from Early Till Late, September 2013. Photo: author’s own.

Aside from a minor name change from “Early Till Late” to “Early To Late” (and back again!), and a few redecorations of the frontage, the shop has since remained essentially the same right up to the present day. Its longest-serving employee (Mr Moorthy) has been working there for over 20 years.

Today, Early Till Late is open seven days a week (6:30am–10pm Mon–Sat and 7am-6pm Sun[15]), selling groceries ranging from packaged naans to tins of sardines; stationery items ranging from notebooks to packing tape; household goods such as washing powder and pet food; newspapers and magazines; sweets and chocolate; tobacco products; and a wide range of alcoholic and non-alcoholic drinks.

Thanks to: Brian Gittings; Mr Moorthy of Early Till Late; all at the Croydon Local Studies Library; and my beta-readers Flash and Shuri. Census data and phone books consulted via Ancestry.co.uk. 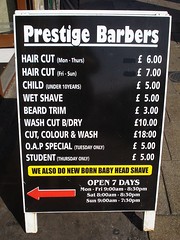 « 23 London Road: Prestige Barber
Number 23 is one of the smaller shopfronts on London Road, being a mere 3¼ metres across. Its most prominent prior occupant was probably John Bennett Coaches, providing coastal excursions as well as day trips to destinations around England. 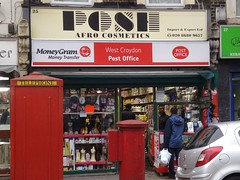